Angelina Jolie Is The Highest Paid Actress In The World: How Much Cash? 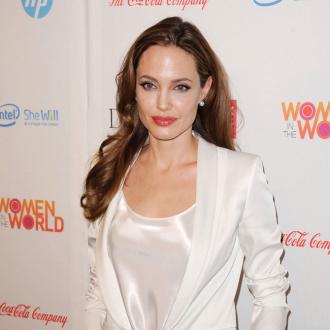 Angelina Jolie is the highest paid actress in Hollywood.

The 38-year-old star has landed the top spot on Forbes Hollywood's Highest Paid Actresses list as she earned $33 million between June 2012 and June 2013, making $13 million more than she did last year.

According to Forbes.com, Angelina - who made her last on-screen appearance alongside Johnny Depp in 2010's 'The Tourist' - will make her comeback in Disney's 2014 thriller 'Maleficent', from which she is expected to make $15 million.

Angelina brought home $9 million more than the Jennifer Lawrence, who ranked second on the list.

The 22-year-old actress helped make the first movie in 'The Hunger Games' franchise a huge success, and while she was paid under $1 million for the first film, she will earn substantially more for the highly-anticipated sequel, 'Catching Fire'.

Kristen Stewart topped the list last year with $34.5 million, but has dropped to third place with earnings of $22 million.

The 23-year-old star made millions playing female lead Bella Swan in the 'Twilight Saga' series and has been doing smaller productions since the vampire saga finished.