Angelina Jolie has decided to title her directorial movie debut 'In the Land of Blood and Honey'. 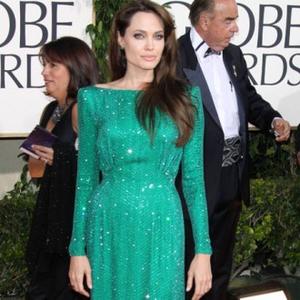 Angelina Jolie has named her directorial debut 'In the Land of Blood and Honey'.

The Oscar-winning actress shot the movie - a love story set during the Bosnian war of the early 1990s - last October with an entirely local cast, and she admits she agonised about what title to give it because of The Heavy nature of script.

She said: "It's a heavy film. You want to find that title that really helps the audience know what they're walking into.

"The final name was driving me crazy. I have lists and lists of titles all over."

The 35-year-old beauty shot the film simultaneously in the local language - known as BHS - and English, and will soon have finished the final edit.

Speaking at the Cannes Film Festival, she added to Entertainment Weekly: "I'm moments away. I had to leave the editing room to come here."

Angelina added she has been surprised as test audience reaction to the project and ideas about the title.

The movie is set for release in the US on December 23.

Angelina Jolie: The fight for equality is universal