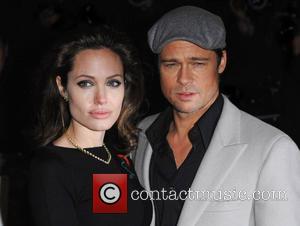 The documentary Angelina Jolie's late mother MARCHELINE BERTRAND executive produced before her death last month (JAN07) is to be rush released on DVD as a tribute to the actress. TRUDELL follows the lifestory of Native American poet and activist JOHN TRUDELL, who famously burned an American Flag on the steps of the FBI headquarters in Washington, DC, while protesting the US government's policy on American Indians in 1979. Following the protest, Trudell's pregnant wife and three children were killed in a suspicious arson fire on a Nevada reservation. The activist then spent the next four years driving across America in a car given to him by his friend and fellow activist Jackson Browne, honing his craft as a poet. He released a protest album with Browne in 1983. The film, which won acclaim at the Sundance Film Festival, features interviews and tributes from Val Kilmer, Robert Redford and Kris Kristofferson, among others. Meanwhile, Jolie, who is also credited as an executive producer on the film, was so touched by Trudell's story she agreed to help produce his current album, BONE DAYS.