Mentored by Brian Eno. Signed by Domino Records after a tip off from former Coral guitarist Bill Rider-Jones. Supporting Interpol and chosen as support, to both fan and influence Nick Cave, for Grinderman. Already feted and tipped for success by the likes of XFM, AirHammer and Lightspeed Champion. One debut single release to date, in the form of a cover version of 'Jezebel', and Anna Calvi is on the long list for BBC Sound Of 2011. So, is the attention, praise, adulation and well intentioned speculation justified?

Anna Calvi has spent the best part of the last three years crafting her debut album in dingy basements, a French analogue bedecked studio and her regular home in London. The half Italian, Edith Piaf loving Music degree graduate had to overcome her shyness of singing before she was able to fully flourish as the lead in her talented trio. She has written and co-produced her self titled debut album on which she has also played and arranged the strings, and sung the choral backing to accompany some of the tracks.

Anna's songwriting and performance is full of passion and emotion, drama and intimacy. 'I see my songs as mini films.' Using her trademark Telecaster guitar, as well as the undoubted talents of her fellow accomplices Daniel Maiden-Wood on drums and kindred spirit Mally Harpez, Harmonium, Guitar and Percussion, Anna has produced an album that encompasses classical, film score, Rock, Pop, Folk and Flamenco.

The album is brought magnificently to life through an instrumental, Ennio Morricone, Twin Peaks, Wild At Heart, Chris Isaak's Blue Hotel like atmospheric smouldering cinematic delight 'Rider To The Sea'. Anna's guitar work is sublime and is worthy of more than this years Secret Garden Party tag line.....'Possibly one of the best female guitarists around on the underground.' There is no probably about it, and after this she should no longer find herself classed as part of the 'underground.' Up next we get 'No More Words' which introduces Anna's smooth but powerful vocals set against a Marquee Moon guitar riff, ending with some great rattlesnake tambourine shudders.

The most accessible, and commercial, track on the album is possibly also the weakest. 'Desire' is Anna fronting up the band ala Bono or Mike Peters. Posturing and booming through an anthemic stadium filler that would sit just as well as the original for the bare chested, oiled up lead singer of the band used during some of the opening scenes of The Lost Boys. Although a fan of the cinema I don't think it was these images Anna had envisaged when she wrote and recorded the track. Fortunately Anna redeems this small digression in spades with almost all the other 9 songs.

The highlights, of which there are many, on Anna's debut album include the luscious 'Suzzane And I' where she both excels in producing a wondrously deep and sensuous guitar sound but also manages to capture the range and texture of her characterful voice. This track, coupled with one of Anna's favourites, the epic and emotive closer 'Love Won't Be Leaving', taken in isolation serve to explain Anna Calvi's inclusion in this years 'Sound Of' poll.

'The Devil' is another of the albums gems. Here, and elsewhere to a lesser extent, Anna gives a virtuoso guitar performance that blends her love of Flamenco and Classical music. Wanting to make 'The middle-section to sound like the strings on a Hitchcock soundtrack' Anna builds and breaks the theatrical composition bringing its 'Crescendos towards an explosion, but in a real and honest way.' If you're made of stone you may fail to be moved! 'Blackout' shivers forth to showcase Anna as an Alt-Pop Siouxsie like chanteuse whilst 'I'll Be your Man' could have been written for, or by, Mr Cave with its Red Right Hand movie menace.

Anna Calvi has delivered an album of intensity and individuality. The instrumentation and arrangements are worked perfectly to let both her guitar and voice shine and soar throughout. Rob Ellis has helped Anna Calvi on the production of the album and whilst comparisons may be drawn with his previous collaborations with PJ Harvey, Anna has a style and presence all her own, one which is both sexual and sinister, dark and romantic. 'Music's so sexual. How can you not express that in some way?'

Her song writing, musicianship and technique set her aside from just being another talented singer song writer. Anna Calvi may not become 'The' sound of 2011 when the BBC publish their final five next year but she is most definitely a contender with a stunning debut album that she describes has the 'Culmination of her life so far.' 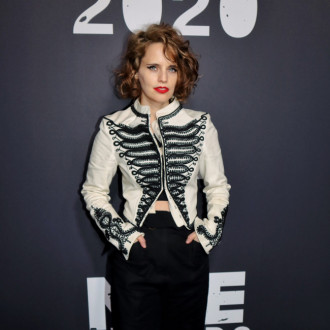