'Scary Movie' star Anna Faris is set to star in 'Ghostbusters 3' as one of the new recruits who takes over the spirit-catching business. 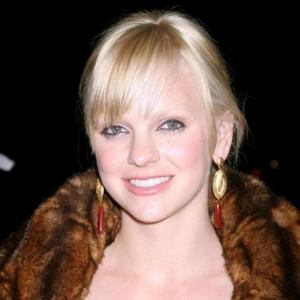 Anna Faris is set to star in 'Ghostbusters 3'.

The 'House Bunny' actress has reportedly been signed up to play one of the new 'Busters' who will take over the spook-catching business when it is re-opened in the third installment of the comedy action movie series.

In the film, original Ghostbusters Dan Aykroyd, Harold Ramis and Ernie Hudson will return to their roles to hand over the reins to a new team.

As well as Faris, bosses at Sony are also considering 'Saturday Night Live' comedians Will Forte, 40, and Bill Hader, 32, to make up the new squad.

Hollywood legend Bill Murray, 59 - who played Dr. Peter Venkman in the 1984 and 1989 films - has hinted he would like to be part of the reunion but only as a ghost.

Directed by Ivan Reitman, the much-anticipated movie - the first in the series since its 1989 sequel - is set to go into production in May.

Faris, 34, recently admitted she wanted to do comedy for the rest of her career.

The screen beauty - whose career break was in spoof horror 'Scary Movie' - revealed she has finally decided she is happy to be known for her comic talents.

"Then I thought I kind of don't want to explore those darker parts of my personality. I would do comedy for the rest of my life."