Actress Anna Kendrick Went From Playing Cinderella On The Big Screen To Becoming A Pal's Fairy Godmother By Kitting Her Out With Diamonds For Her Wedding Day. 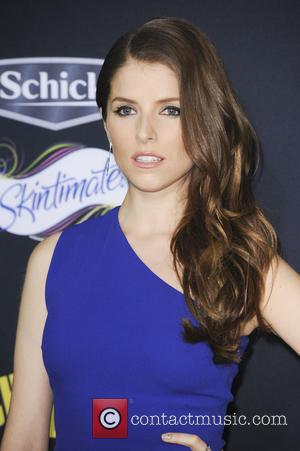 As maid of honour at her childhood best friend's big day, the Into The Woods star called on a few favours and asked jeweller to the stars Harry Kotlar for a loan of his fine diamonds.

Reports suggest the ceremony took place in Maine, New England on 2 August (15), and the bride had no idea she'd be wearing expensive gems until Kendrick presented them to her in a case on the morning of the wedding.

Ironically, the actress missed much of the wedding preparation because she was in Hawaii shooting Mike and Dave Need Wedding Dates.

A source tells Us Weekly magazine, "'Anna felt bad because she's been working non-stop and couldn't be there to do all the traditional duties she wanted to do. She just wanted to make her friend feel even more special on her wedding day to make up for it."