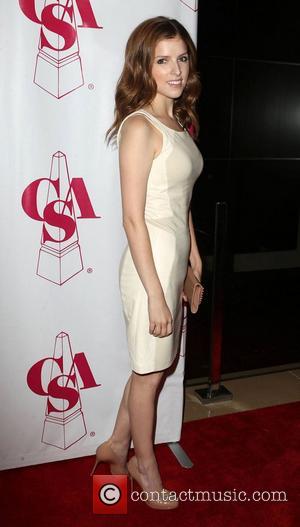 The Jedis have spoken, and it's Anna Kendrick who they want as Princess Leia in Star Wars Episode 7, the first of the movies in the new Disney franchise. The film should hit theaters in 2015 and all eyes are turning to the forthcoming casting process to see who will snag the major roles.

It's likely that all the parts will be up for grabs, with Disney looking to provide a new take on the franchise - a new era. In a poll run by E! Online, fans weighed in on who they'd like to see take up the role of Princess Leia, the twin sister of Luke Skywalker. Mila Kunis, Anne Hathaway, Rachel McAdams and The Hunger Games actress Jennifer Lawrence all scored admirably, though there was one overall winner: Anna Kendrick. We're guessing it may have something to do with Kendrick's likeness to previous Leia actress Carrie Fisher. Oscar nominated Kendrick rose to prominence in the Twilight films, though won acclaim for her turns in the George Clooney-starring Up In The Air and comedy 50/50, with Seth Rogen. Her schedule looks pretty clear for the next couple of years, though she's set to begin work on comedy-drama Drinking Buddies, set for a 2013 release.

A weekend poll on Broadway.com saw Aaron Tveit the clear choice to play Luke Skywalker in the new movies. The Ghost Town actor took a stonking 25% of the vote.