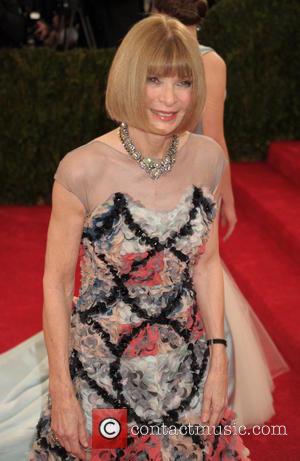 Vogue U.S. editor Anna Wintour has joined a boycott of the Dorchester Collection hotel chain in protest at the owner's decision to implement anti-gay laws in his native country.

In a statement issued to the New York Times, Wintour, who is also artistic director of Conde Nast, said she and other Vogue editors will not be staying at Le Meurice hotel in Paris, France, which is part of the chain and a favourite for fashion's elite.

She tells the newspaper via a spokesperson, "While I am sensitive to the potential impact that this issue may have on the wonderful staff at Le Meurice, I cannot in all good conscience stay there, nor can Vogue's editors."

A spokesperson for Conde Nast also revealed each of the company's individual brands have elected to boycott the hotel chain, with Glamour editor Cindi Leive adding, "I don't think this is a political issue. This is about basic human rights. No hotel is nice enough for that."

Wintour joins high profiles names including Sharon Osbourne, Sir Richard Branson and Jay Leno in refusing to stay at the hotels in protest at the owner - Sultan of Brunei Hassanal Bolkiah - adopting a harsh Sharia Law penal code calling for homosexuality and adultery to be punishable by death.