Anna Wintour was forced to skip Kanye West and Kim Kardashian's wedding in Florence, Italy today (24.05.14) because she had a prior commitment. 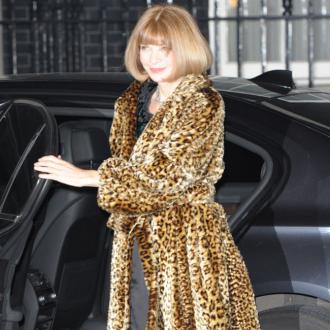 The US Vogue editor, who became close friends with the rapper long before he started dating the reality TV star in April 2012, was among the high profile stars to decline an invitation to the couple's lavish nuptials at the Forte di Belvedere in Florence, Italy today (24.05.14).

But a spokesperson for Anna insisted that it was nothing personal, telling the New York Post's Page Six: ''Anna had a longstanding family commitment this weekend and sadly had to miss the wedding.''

The 36-year-old rapper allegedly worked hard to convince Anna to like Kim, 33, and it clearly paid off, as she put the duo on the cover of the April edition of her fashion bible.

But sources previously claimed that the respected editor had branded Kim ''the worst thing since socks and sandals,'' and she was said to have blocked the 'Keeping Up with the Kardashians' star from attending the prestigious Met Ball Gala in 2012 even though the tickets were available for purchase.

The 'New Slaves' hitmaker proposed to the Kim, with whom he has 11-month-old daughter North, on her birthday at AT&T Park in San Francisco on October 21.