Anna Wintour is reportedly keen for Lena Dunham to grace the cover of Vogue magazine and has hosted secret dinners in a bid to win over the 'Girls' actress. 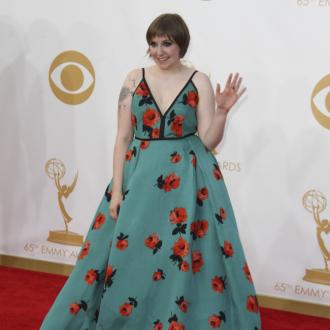 Anna Wintour is eyeing Lena Dunham for the cover of Vogue.

The 63-year-old magazine editor has reportedly been planning top secret dinners to win over the 'Girls' creator - who plays hapless Hannah on the popular HBO series - and if successful, the curvy actress will appear on the cover of the US fashion bible.

A source told RadarOnline: ''Anna is trying to seduce Lena into bringing her next-generation audience into the Vogue brand, and she's willing to violate a lot of Vogue traditions to do it, including putting her on the cover even though she doesn't really conform to the body type that Vogue has featured for most of its history.''

The move would be a major cultural shift for the magazine which has done little to celebrate women of different sizes. So far, Adele is the only other famous plus-sized beauty in recent history to have landed a Vogue cover.

The source said: ''This dinner is a first step for Anna to see if Lena will play ball, but Anna's perspective is that they need each other.''