Anne Hathaway admits there is ''competition'' for a leading role in Christopher Nolan's forthcoming Batman movie but refuses to confirm any further details. 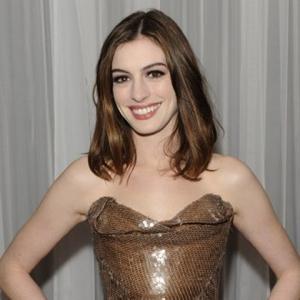 Anne Hathaway is in "competition" for a role in 'The Dark Knight Rises'.

The 'Love & Other Drugs' actress is believed to be in competition with a number of stars for a leading female role in the movie, including Natalia Portman, Keira Knightley and Blake Lively, and she has confirmed there is a possibility she could be in the forthcoming Christopher Nolan-directed Batman movie.

Asked if she felt she was competing for the big roles, with 'The Dark Knight Rises' in particular, she told Deadline.com: "Of course, but that has always been the case. There is always competition. I don't know how to answer that question, it feels too revealing, somehow."

Anne has been linked to a number of leading roles in superhero films in the past, including the since-scrapped 'Spider-Man 4' directed by Sam Raimi and a forthcoming 'Superman' movie, although the latter has not been confirmed.

Discussing her previous movies, Anne confesses her turn as a journalist in 'Devil Wears Prada' alongside Meryl Streep was a tough one as she didn't feel like she "belonged" on the set.