Anne Hathaway is 'so surprised' by her success

Anne Hathaway is ''so surprised'' by her own success, but admits she has worked hard to avoid being typecast. 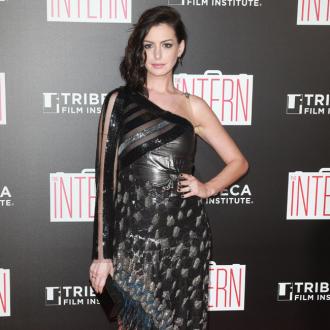 Anne Hathaway is ''so surprised'' by her own success.

The Oscar-winning actress admits it ''has been such a lovely surprise'' not to be typecast because she found it hard to convince directors to take her seriously after she first found fame in 'The Princess Diaries' in 2001.

Reflecting on her career, the 'Les Miserables' star said: ''This whole thing, everything that's happened to me has been such a lovely surprise. I've worked very hard for it, but I'm so surprised that it's going as well as it is.''

The 32-year-old beauty decided very early on in her career to seek out roles in as many different genres as possible.

''And also, for the first few years of my career, 'The Princess Diaries' was so cool in so many ways. It was a great first job. It was a hit. But at the same time, it was a hard thing to be like, 'You know, Robert Rodriguez, I swear: I can do one of your movies.' It was hard to get into rooms to be taken seriously for roles that weren't princesses. And so, I think partially, that's why I've tried to have as big of a range as I've had.''