Actress Anne Hathaway Has Defended The Character Of Her The Intern Co-star Robert De Niro After He Was Branded "Condescending" And "Supersensitive" For Walking Out Of A British Magazine Interview. 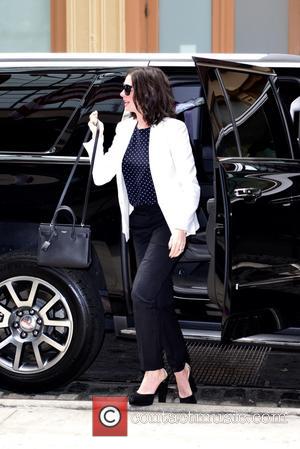 The Hollywood veteran recently sat down for a chat with Radio Times writer Emma Brockes, but the atmosphere turned frosty as he became irritated by her line of questioning.

Recalling the bizarre incident, Brockes claims De Niro appeared "depressed" and answered her questions "glumly" before she apparently upset him by asking how he resists the temptation to go into "autopilot" on set.

De Niro promptly put a stop to the interview, telling Brockes, "I'm not doing this, darling", and walking out.

The actor's behaviour has prompted journalist-turned-TV presenter Piers Morgan to call for a global boycott against De Niro, who he claims was a "bloody nightmare" when he previously had to interview the star, but Hathaway insists her experience with the double Oscar winner couldn't have been nicer.

Without referencing the Radio Times interview, Hathaway says of her new pal, "He is a quiet guy, he is not a million jokes a minute. But he cares about what he does so much. He has such respect for everyone on the crew.

"I just loved being around him. And we wound up really getting along by the end of it we were very close and really fond of each other."