Anne Hathaway To Get Happy In Judy Garland Biopic 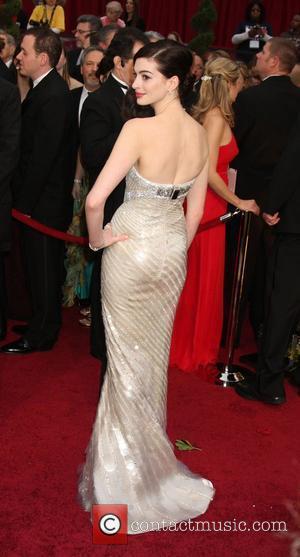 Oscar nominee Anne Hathaway is to play Judy Garland in a forthcoming biopic, it has been announced.

The Weinstein Company (TWC) recently purchased the rights to stage and screen adaptations of Gerald Clarke's Garland biography Get Happy and Rachel Getting Married star Hathaway is in lead to play the leading role on both stage and screen.

"You get an enhanced perspective of Judy Garland through this book and we feel Anne can really put her own stamp on that," said TWC's Ben Famiglietti.

Hathaway revealed her singing process during a duet with Hugh Jackman at this year's Oscar ceremony and has been linked with productions of Guys and Dolls and Promises, Promises.

However, The Princess Diaries star - who last appeared on stage in 2002 - will first take on the Bard in the Shakespeare in the Park production of Twelfth Night.

TWC's take on Clarke's biography of The Wizard of Oz legend Garland is the first in a series of planned stage project.

The company is planning a stage version of Finding Neverland for 2010, as well as adaptations of Pink Floyd's The Wall, Shakespeare In Love, Chocolat, Shall We Dance? and Cinema Paradiso.