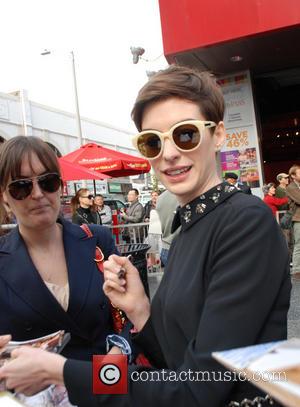 2012 has held big things for Anne Hathaway with multiple media appearances, a lot of activism and of course, the big one – a part as Catwoman in Dark Knight Rises. But that wasn’t all – in November, Hathaway married jewelry designer Adam Shulman and she is reigning in the new year with multiple award nominations for her highly critically acclaimed part as Fantine in the screen adaptation of Les Miserables. Although her career started out with parts in lighthearted comedies like The Princess Diaries or The Devil Wears Prada, the actress has talked about trying to shake off the squeaky clean teenager reputation.

The beginning of her career was a struggle to build a reputation in Hollywood. The actress graduated from New York University, all while acting in numerous flicks and steering away from the now classic story of a young actress’s fall from grace.

"I see the sort of work that people like Meryl Streep and Cate Blanchett and Kate Winslet can do, and I want to do that level of work so badly," the actress said to the LA Times. "But I don't believe I'm as gifted as them. So the only thing I can control is how hard I work at it — how much do I commit to it? How far will I take it?"

Well, if this past year is anything to go by, Hathaway is taking it farther than anyone could have expected a decade ago.