The Boyfriend Of Annie Lennox's Daughter Was Remembered At A Funeral In Bensalem, Pennsylvania On Saturday (15aug15), A Week After He Lost His Life In A Kayaking Accident. 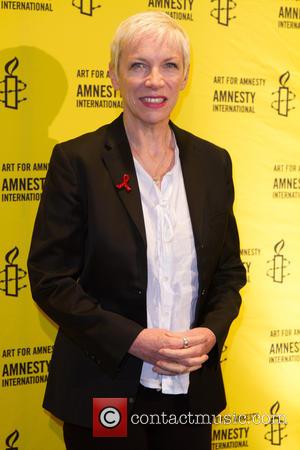 Model/photographer Ian Jones went missing last weekend (08-09Aug15) after the kayak he and Tali Lennox were in capsized in the Hudson River in New York.

Model/artist Lennox was rescued from the water hours after the incident, but Jones' body was only discovered on 10 August (15), near a yacht club a few miles from where the couple had attended a party.

Family and friends, including Tali and her musician mother, gathered at the Christian Life Center in Bensalem on Saturday to celebrate Jones' life in a service which included a performance of Imagine by Tali's older sister, Lola.

Jones' mother, Sherron, shared her memories of her only child with the congregation, and touched on his past battle with alcohol, saying, "It's going to be really, really hard to imagine my life without him. Although he gave me troubles - a lot, a lot. Despite that, these last four years of sobriety were a real blessing."

Police are still investigating the accident, but believe "alcohol may have played a part" in the accident. The couple had not been wearing life jackets when the kayak capsized.

Tali, also known as Tali Lennox-Fruchtmann, paid tribute to her late partner of two years with an emotional post on Instagram on Tuesday (11Aug15).

Alongside a photo of the couple, she wrote, "My heart is shattered. My best friend, my soul mate, my partner in crime & creativity, the love & light of my life is no longer with me. All the love that has been sent to me is giving me the strength to get through this. I know that he is so so happy that I was safely rescued. Let us honour & celebrate this beautiful soul & keep following the light."