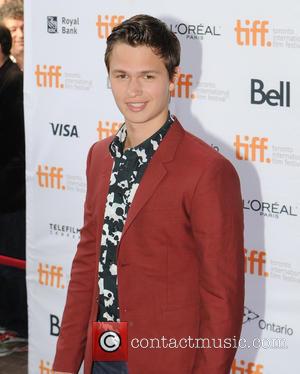 The Divergent star has been making music for the past several years under the moniker Ansolo and his work is starting to be recognised.

He tells Live! with Kelly and Michael, "Music's always been a big part of my life... and then I realised this whole electronic dance music thing... so I started producing this dance music about four years ago and it's taken off just recently.

"I have a bunch of songs out, one of my songs went number nine on the iTunes dance charts, it's called Totem."

And while, Elgort has found fame in Hollywood, many of his music fans don't know he is also an actor.

"The funny thing is, people that are in dance don't know that AnSolo is Ansel Elgort, because AnSolo is not that big. I was just at Electric Zoo (music festival)... and there was these dance fans that were like, 'Oh, Ansolo, I love Totem...' and all these people kept coming up to me and asking for pictures and everyone was like, 'Dude, it's so crazy you only had like two or three releases and everyone wants pictures with you'..."