The 'Fault in Our Stars' actor Ansel Elgort has split up with his high school sweetheart Violetta Komyshan. 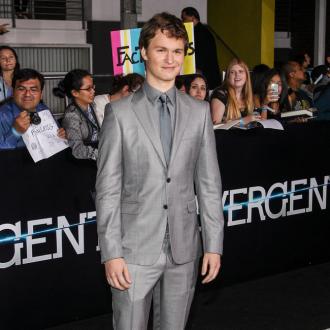 Ansel Elgort has split up with Violetta Komyshan.

The 'Fault in Our Stars' actor amicably ended his relationship with his high school sweetheart recently, as he struggled to find time to see her due to his increasingly busy schedule.

A source close to the 20-year-old heartthrob told UsMagazine.com: ''They tried to navigate his commitments, but between filming and press for the movies [it got difficult].''

Ansel went public with his romance with Violetta, whom he previously attended New York's La Guardia High School with, at a fashion show at Paris Menswear Fashion Week last June.

An insider said: ''Ansel spent the night solo, dancing up a storm with friends and family.''

The actor recently claimed he was mystified by all the female attention he's attracted since finding fame in 'Divergent.'

He said: ''It's so weird! I get recognised every day. When girls scream my name and start crying, I blush like crazy. But I know they're doing it because of the book, and not really because of me.''