Sir Anthony Hopkins never ''pursues'' interesting movie roles because he is ''too lazy''. 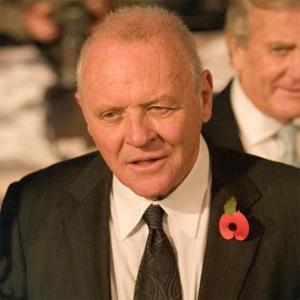 The veteran actor can soon be seen playing legendary filmmaker Alfred Hitchcock in 'Hitchcock' and though the part was initially offered to him several years ago, he didn't set out to land the role.

He said: ''It came along about seven or eight years ago with one director attached and then that fell apart.

''Then about a year ago my agent called and said, 'Hitchcock' is back.'

''I met the director, Sacha Gervasi, and he seemed to have such unbridled enthusiasm about it that I said, 'OK, let's give it a whirl.' I guess my saying, 'Let's have a go' gave it the green light.

The 'Silence Of The Lambs' star looks for ''simplicity'' when choosing scripts.

He explained to Total Film magazine: ''I think it's just the simplicity of it, if it's a good writer like Peter Morgan, if the dialogue seems manageable or if the language of The Script is human and not artificial. You get some scripts that are so stretched and I avoid those.''