Anthony Hopkins Was Stupid At School

Anthony Hopkins Silence Of The Lambs

Sir Anthony Hopkins didn't mix with other kids at school because he was ''completely stupid'' and felt isolated. 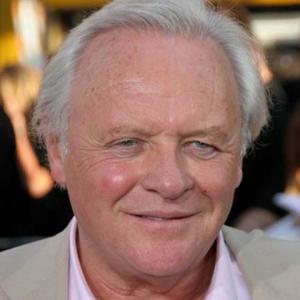 Sir Anthony Hopkins was a "completely stupid" at school.

The 'Silence Of The Lambs' actor didn't mix with other kids when he was growing up because he was a "real duffer" but says his isolation made him creative.

He said: "I was a lonely kid because at school I was a real duffer. I was completely stupid, I didn't know what on earth was going on, so I withdrew into myself.

"I didn't have any friends at school and I never played with other kids. I sort of created my own world. It sounds a little bit like a fairy tale, but I had no other choice. I could draw and I could play the piano. And that has stayed with me all my life."

The 74-year-old star - who has recently turned his hand to painting and composing - also admits he has a short attention span, but doesn't see it bad thing because he feels it gives him more freedom.

He added: "I have got the attention span of a bumblebee. I'm a great starter, but I never finish anything. It's a kind of free and easy, haphazard way of existence, but that's the way it is; that's the way I was born. As a young actor I would have looked at it as a bit of a curse, but in fact it's given me tremendous freedom."