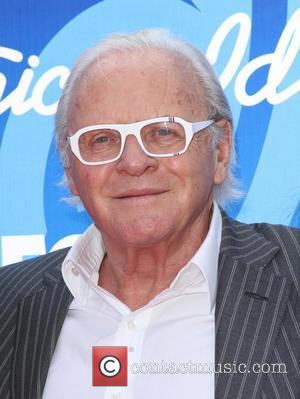 Anthony Hopkins based the maniacal genius he portrays in the Red sequel on beloved British astronomer Sir Patrick Moore.

The Oscar winner admits he liked the idea of making his nuclear physicist character, Bailey, an odd, scatter-brained eccentric - and studied the late Moore, who fronted Bbc science show The Sky at Night for decades, in preparation for the film.

He tells Wenn, "There's a way of playing somebody very British; a kind of eccentric. There was a famous man in England, an astronomer who just died recently, called Patrick Moore; he's a brilliant genius but completely off the wall.

"I wanted to play this nuclear physicist, who is a theoretical mathematical genius, like that - completely bonkers.

"I also knew this man in England, another professor, who was also completely off the wall. He was a brilliant mathematical genius who was at Oxford University and he never knew where he was or the time of day. He used to ask people where he lived.

"I wanted to play Bailey like that. I chose some old broken shoes and some old beaten up tweed jacket from the 1970s and just went for it."