F*ck Off: Anthony Hopkins Not Impressed With Oscars Sycophants 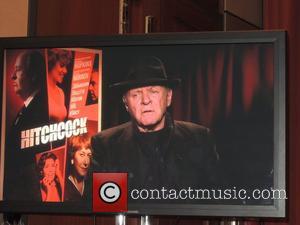 Anthony Hopkins may shortly be finding himself in the nominations list for Best Actor, for his performance as Alfred Hitchcock in Hitchcock but the British actor has joined an ever-burgeoning list of actors that seem to have no patience with the brouhaha that surrounds the annual Academy Awards. Hopkins himself is vehemently unimpressed with the sycophantic behaviour that comes around this time of year when all of the Oscars discussions begin.

“People go out of their way to flatter the nominating body and I think it's kind of disgusting. That's always been against my nature,” Hopkins told the Huffington Post. “You know, kissing the backside of the authorities that can make or break it; I can't stand all that. I find it nauseating to watch and I think it's disgusting to behold. People groveling around and kissing the backsides of famous producers and all that. It makes me want to throw up, it really does. It's sick-making. I've seen it so many times. I saw it fairly recently, last year. Some great producer-mogul and everyone kisses this guy's backside. I think, ‘What are they doing? Don't they have any self respect?’ I wanted to say, F*ck off.”

Antony remained oblivious to his own chances of Oscars success this year, saying “Has it got a lot of Oscar buzz? I hadn't heard that” and “I've got the Oscar myself for Silence of the Lambs -- and having to be nice to people and to be charming and flirting with them ... oh, come on!” The movie will be released in February 2013.