Quote: "It's everything I thought it would be. I think being a parent is perfect when you choose the right partner, and I've been very fortunate to have a great partner." Actor Anthony Mackie is enjoying life as a new dad. The Captain America: The Winter Soldier star and his wife Sheletta Chapital quietly welcomed their third child in the autumn (15).

Quote: "He speaks French. He is very good at making me feel stupid." Actor Anthony Mackie's six-year-old son is keen to become bi-lingual.

Quote: "Ever since the beginning of my career, I told my manager and agent I wanna be a superhero and a cowboy... I feel like I'll make a good cowboy." Actor Anthony Mackie is keen to land another dream role in a Western after scoring the part of Falcon in Captain America: The Winter Soldier.

Quote: "I signed on because he called me. He's like, 'Look, I want you to do my movie.' It's, like, Kevin Costner? Done!" Actor Anthony Mackie jumped at the chance to work with the Hollywood legend on new race drama Black Or White after he was personally offered a role by the star.

Quote: "I told Channing I wanted to be in Magic Mike. He said, 'You're too chocolate for Magic Mike'. That's what Channing told me! That's what he said." African-American actor Anthony Mackie reveals he failed to convince Magic Mike star Channing Tatum to cast him in the 2012 stripper movie.

Quote: "You work out for, like, three, four, five, six umpteen months... I don't wanna do that and put on a sweatshirt and a sweatsuit. Baby oil, boxer shorts. That's what girls like." Anthony Mackie wants to strip down for the next Captain America movie. The actor plays Falcon in hit new movie Captain America: The Winter Soldier.

Quote: "I tried to watch it opening Thursday night in New York and I walked in and one guy just started screaming, 'This is a dream...', so I went in one day, early, and there was a different crowd - families and stuff - and I watched it then." Actor Anthony Mackie freaked out a Captain America fan when he tried to check out the blockbuster sequel last week (03Apr14).

Fact: Actor Anthony Mackie is a certified skydiver and has performed the adrenaline-filled jump 25 times to date.

Fact: The Hurt Locker star Anthony Mackie is in talks to team up with Chris Evans in the Captain America sequel. MACkie has been offered the role of Sam Wilson/The Falcon in Captain America: The Winter Soldier, according to The Hollywood Reporter.

Fact: The Hurt Locker star Anthony Mackie will launch his own bar in Brooklyn, New York on Monday (17Jul11). The actor, who is also a trained carpenter, helped build NoBar himself and will launch it with a party.

Quote: "Last year, we were like the dolls of the Oscars. They couldn't even stop us from going up onstage! This year, they don't even give us a ticket! So I hit 'em up (phoned them). (They said), 'Negative'. I'm like, 'I don't need two, I ain't bringing a crew!' and they were like, 'Nah.' Third tier, seat filler, nothing." THE HURT LOCKER star Anthony Mackie has been shut out of Sunday's (27Feb11) Academy Awards, despite the fact he starred in last year's (10) Best Picture winner.

Fact: "Kerry made me one of the most popular dudes in New York because I can say I made out with that broad." THE HURT LOCKER star Anthony Mackie on his chemistry with friend and actress Kerry Washington.

Quote: "Brittany had the heart that was 10 times her size. I've never seen her not happy. That's why everybody fell in love with her, because you saw that glow, that shine that she had. Not a lot of people have that." Actor Anthony Mackie remembers his 8 Mile co-star Brittany Murphy, who died last month (Dec09). 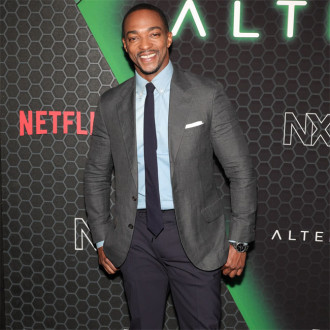 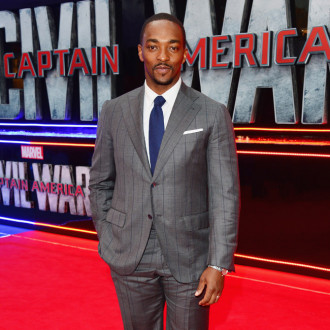