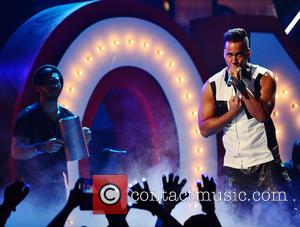 Singer Romeo Santos has broken the Billboard Latin Music Awards nominations record after landing a staggering 21 mentions from 16 categories in the 2015 shortlist.

The Latino star has topped the nominations list for a second year in a row, earning nods for Artist of the Year, Songwriter of the Year, Top Latin Album of the Year for Formula, Vol. 2, plus a number of mentions for Odio, his collaboration with rapper Drake.

Santos is followed by Enrique Iglesias, who landed 19 nominations, and the pair will compete for the Artist of the Year prize alongside Prince Royce and Marc Anthony, who earned seven nominations. Drake also landed seven mentions thanks to his collaboration with Santos.