Superman gets the Dark Knight treatment, as Christopher Nolan offers a much grittier, more intensely personal look at the biggest superhero of them all. It's a flawed film that feels far too violent for its own good, but the pungent story holds us in its grip all the way through, cleverly weaving the character's back-story into a series of emotive flashbacks along with massively thrilling action sequences. And along the way there are resonant ethical dilemmas, family issues and pointed political drama.

Some 30 years ago, scientist Jor-El (Crowe) packed his infant son Kal-El into a pod and sent him to Earth to escape certain doom as the planet Krypton imploded after centuries of ecological abuse. This enrages the viciously tenacious General Zod (Shannon) who spends three decades searching for the child. Meanwhile, Kal-El (Cavill) was raised as Clark in Smallville, Kansas, by the Kents (Lane and Costner), who taught him to keep his powers in check. But when he activates a downed Kryptonian ship, he alerts Zod to his whereabouts. And just as nosey journalist Lois Lane (Adams) learns Clark's secret, Zod arrives to launch a full-on attack.

This is a film about internal conflicts, and everyone has to face up to their own desires and responsibilities. Even Zod, whose dedication to his people means that he is willing to wipe out humanity in order to recreate Krypton on Earth. So Kal-El is caught between protecting his adopted planet and being loyal to his birth species. Lois is struggling with keeping a big secret or reporting the news. All of this provides plenty of gristle for the actors to chew on, even if the dilemmas aren't actually that difficult. And even though they sometimes seem consumed by the elaborate sets and costumes. 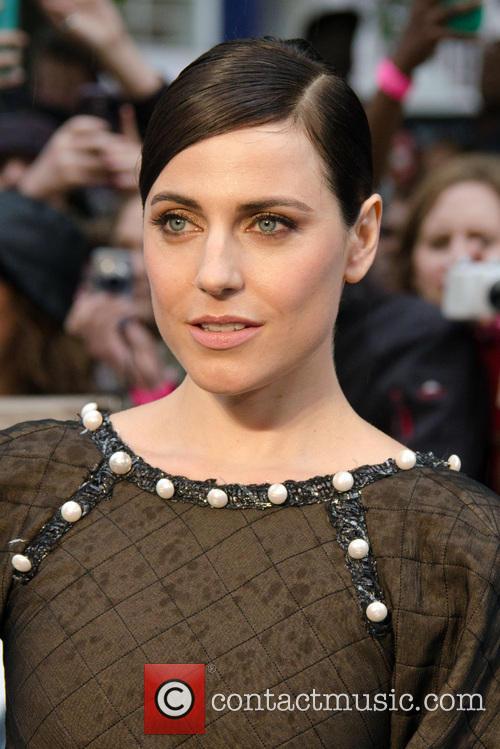 Clark Kent is a young reporter for the Daily Planet newspaper. He was adopted when he was a child after planetary disaster caused him to be sent down to Earth when his home planet Krypton was destroyed. His adoptive parents, Martha and Jonathan Kent, brought him up in the rural town of Smallville in Kansas. Throughout his life, his super-abilities isolated him from the rest of the population; he had to make a choice about what kind of man he wanted to become equipped with these powers. Naturally, he transforms himself into the Superman, a new found alter-ego, and uses his astonishing faculties to defend the planet when it comes under attack from an evil force that could prove to be a match for his abilities.

'Man of Steel' is the epic DC comic book movie rebooting the original 'Superman' film series from the 80s. It was directed by the award-winning Zack Snyder ('300', 'Watchmen', 'Sucker Punch') and produced by his wife Deborah Snyder (who co-produced many of his movies) alongside 'The Dark Knight' trilogy producers Christopher Nolan, Emma Thomas and Charles Roven. Based upon characters created by Jerry Siegel and Joe Shuster in DC Comics and written by David S. Goyer, 'Man of Steel' was filmed mainly in Plano, Illinois with Chicago and Vancouver as backdrops. It is set for UK release on June 14th 2013.

Antje Traue Wednesday 24th August 2011 on the set of the new Superman movie reboot 'Man of Steel'. A small town called Plano in Illinois has been transformed into the fictional town of Smallville where Superman grew up. Illinois, USA 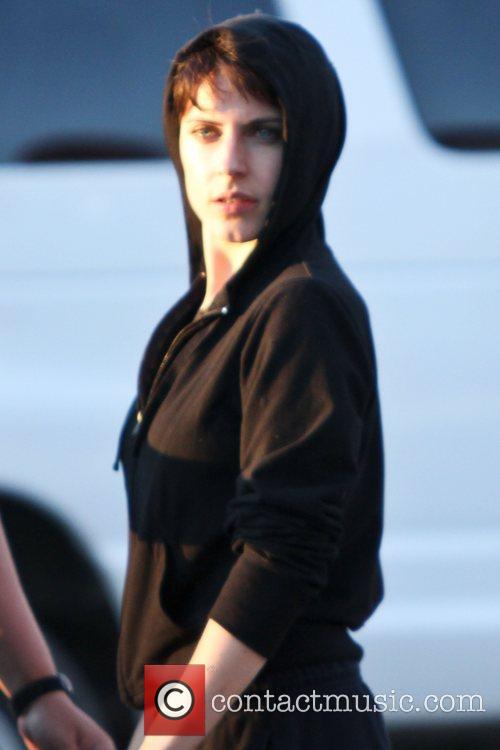