Antonio Banderas asked Sylvester Stallone if he could make his character in 'The Expendables 3' more comedic and Stallone was happy to oblige. 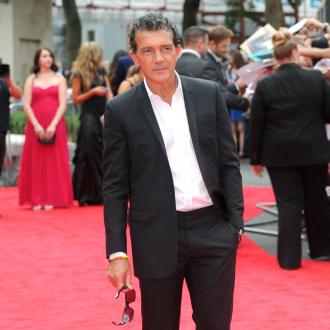 Antonio Banderas wanted to add ''comedy'' to 'The Expendables 3'.

The 53-year-old actor has revealed he asked to change his character in the movie from the way he was originally written, transforming his brooding Latino assassin Matador into the fast-talking sharp-shooter Galgo.

He explained: ''Look, it's not that I don't take this type of movie seriously, but this is not 'The Hurt Locker'. It's bigger than life, so you have to understand that and go with it. And even when I saw the first 'Expendables' I thought, 'I'd like to be a part of this, even if it's just to insert a type of comedy that's not there yet.' ''

Banderas took his idea to the film's co-writer and leading man Sylvester Stallone and was immediately given the green light to make his changes.

In an interview with The Times newspaper, he revealed: ''So I took a leap, I told Sly, and he just said, 'You just do whatever you want, kid.' ''

The film has an A-list cast of action legends, including Mel Gibson, Harrison Ford, Wesley Snipes, Arnold Schwarzenegger and Jason Statham among others.

Banderas admits he was in awe of his co-stars when he first stepped on set with the collection of ''superheroes''.

He said: ''Those guys are not even stars, they're legends ... It felt like a wax museum of superheroes.''