Arcade Fire were shocked almost speechless by their win in the 'Best Album'' category at last night's Grammy Awards. 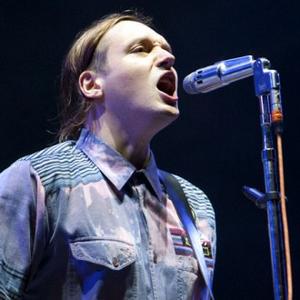 The Canadian indie group were the surprise winners of the biggest award at last night's (13.02.11) Grammy celebrations in Los Angeles, leaving them almost lost for words.

Upon being told of their triumph, frontman Win Butler said: "What the hell?"

He then added: "We're going to go play another song, 'cause we like music," before the group launched into an unscheduled performance of 'Ready To Start'.

He added: "Music has really changed each of our lives. So when we make a record, we really put all of our soul into it and we work so hard.

"So to be recognised for that, in the age of the iPod or the age of the single or whatever it is. We still really care about records, so it means a lot to us."

Meanwhile, Justin Bieber admitted he was "disappointed" to lose out to Esperanza Spalding in the Best New Artist category at the event.

He told MTV news: "I had no clue what was going to happen; I worked really hard these past few years and you know, I'm not going to lie - I was disappointed. But, you know, I'm gonna come back next year and we'll take a few home."

Eminem also shocked by taking home only two awards - Best Rap Album and Best Rap Solo Performance for single 'Not Afraid' - out of the ten he was nominated for.