Arcade Fire's 'Reflektor' appears to be going down reasonably well with critics. 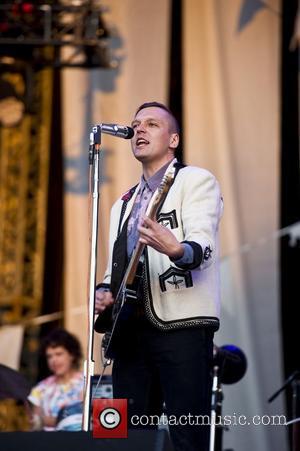 Husband-and-wife team Win Butler and Regine Chassagne teamed up for an ambitious collaboration with James Murphy for the album and it appears to have paid off.

"A thrilling act of risk and renewal by a band with established commercial appeal and a greater fear of the average," said Rolling Stone.

"Cleaner, sharper and dancier than anything the band have done before," said NME.

"If 2010's 'The Suburbs' lyrically captured the emotions of coming home, 'Reflektor' looks out of the band's double glazed windows and into our impending future, Win Butler's vocals often detached as if he were the messenger of an omen," said Time Out.

"It is exhaustingly, daringly, bafflingly brilliant, but you might want to lie down in a dark room after listening," added the Daily Telegraph.

"Four albums in, their sound glitters with many facets and possibilities - they can be proud of how it reflects on them," wrote Emily MacKay of The Quietus.

The Guardian were a little more cautious, offering a rather underwhelmed response and noting, "It sounds like the work of a band that have plenty of good ideas, but increasingly can't tell them from their bad ones - or won't be told."

Drowned in Sound were baffled by the whole thing, writing, "It's hard to figure out why Reflektor has turned out such a disappointing mess."

During an interview with the Montreal Gazette, Butler attempted to explain the dance theme running through the record, "We all love to dance," he said, "Régine, especially, if she hears something and likes it, she'll start dancing in the crowd. Richie (multi-instrumentalist Richard Reed Parry) studied dance for a little bit at Concordia. (Butler's keyboardist brother) Will's wife is a choreographer. Will was auditioning to dance in one of her pieces; that's how they met."

"I think dancing is a personal thing," he added "You're supposed to be moved by music. I think a lot of people don't dance 'cause they're afraid of people judging them. I've been onstage since I was a kid. I don't really give a s--t if people like the way I dance. I'm not trying to meet girls. I'm dancing because the music moves me. . It's something I don't think I'll get a handle on for a little bit, but it's interesting."

Reflektor is released on Tuesday, Oct. 29. The album is streaming now on YouTube.