Beyoncé up for new MTV Award

Beyoncé, Meghan Trainor and Alicia Keys are three of the artists up for the new Best Song with a Message prize at this year's MTV European Music Awards. 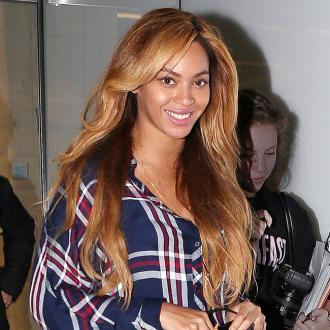 Beyoncé has been nominated for the Best Song with a Message prize at this year's MTV European Music Awards.

The R&B superstar is up for the accolade for her track 'Pretty Hurts' and the other shortlisted acts are Arcade Fire for 'We Exist', Hozier for their song 'Take Me to Church', Alicia Keys for 'We Are Here' and Meghan Trainor, who is up for her smash hit 'All About That Bass'.

The fresh EMAs category is sponsored by Someone Like Me, a global programme from Durex, and the MTV Staying Alive Foundation both of which want to inspire and empower a generation to overcome barriers to safer sex and respectful relationships and eradicate HIV.

All the songs put forward for the prize have been chosen for containing empowering content and lyrics that encourage young people to become more socially conscious, be more confident and talk more openly and honestly without fear of judgement, on issues ranging from current affairs to sexuality.

The winning track will be selected solely via voting across Twitter, Instagram and Vine with users selecting their winner by using the hashtags '#WeExistEMA', '#TakeMeToChurchEMA', '#PrettyHurtsEMA', '#AllAboutThatBassEMA' and #WeAreHereEMA'.

The MTV EMAs ceremony takes place at the SSE Hydro in Glasgow, Scotland, on November 9 and performances will come from artists such as Ariana Grande, Ed Sheeran and Nicki Minaj - who will also host the much-anticipated event.