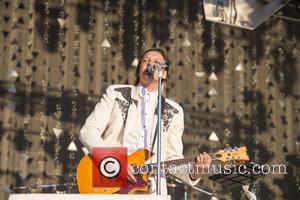 The singer's Animism earned her Canada's album of the year trophy and a $30,000 (£18,750) cash prize, and she used her acceptance speech on Monday (22Sep14) to encouraged people to wear and eat seals.

She ended her eye-popping speech with the words "F**k Peta", taking aim at animal rights group People for the Ethical Treatment of Animals' campaign to stamp out seal hunting.