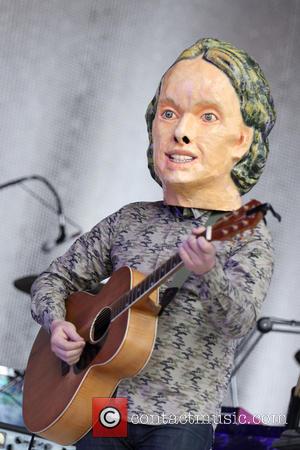 Arcade Fire star Win Butler has responded to criticism from fellow rocker Laura Jane Grace over the band's decision to cast The Amazing Spider-Man star Andrew Garfield as a transgender woman in a new video.

The Against Me! singer, who is transgender, took aim at the Canadian rockers for hiring an actor to play the role in the promo for their new gay anthem We Exist.

In a tweet posted last week (ends23May14), she wrote, "Dear @arcadefire, maybe when making a video for a song called 'We Exist' you should get an actual 'Trans' actor instead of Spider-Man?"

But Butler is standing by his decision to ask Garfield to play the lead in the new promo, stating, "For a gay kid in Jamaica to see the actor who played Spider-Man in that role is pretty damn powerful, in my opinion."

He tells The Advocate, "There was just so much thought and love that went into the video I don't personally see it as negative. I can totally see the sensitivity of the issue."

In the video, Garfield's character shaves his head before dressing up in women's clothing. He is then assaulted by a group of men before entering a dream sequence. The promo ends with the actor taking the stage during Arcade Fire's performance at Coachella, in character.

The video's director, David Wilson, has revealed he considered using a transgender actor for the role: "Before I got on the call, I thought, 'Is this the right person, should we be using a transgender person?' But... Andrew's commitment and passion toward the project was just overwhelming. For an actor of that caliber (sic) to be that emotionally invested in a music video is just a very special thing. It just completely made sense."

Grace is refusing to back down and has returned to Twitter.com to take aim at Butler for his response to her initial tweet.

She writes, "The implication that a homeless Jamaican Lgbt (lesbian, gay, bisexual, transgender) youth living in a sewer is going to feel empowered because a... straight white male actor in movies they can't afford to see stars in a music video they'll never watch? That's like so wtf (what the f**k)?"

She adds, "If the song was called anything else I wouldn't have even had a problem with it. It's called 'We Exist' and there is literally no signs of that existence represented. Should have been called 'They Exist'."