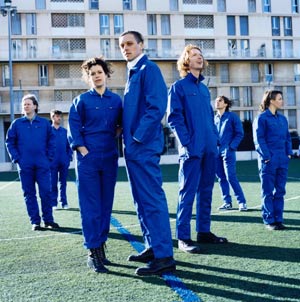 Following their sold out shows across the UK and at London's 02 Arena in December, the Arcade Fire is set to return to the capital this summer to play a one-off headline set in Hyde Park on June 30th.

With a reputation as one of the best live bands in the world, the Hyde Park show will feature songs from all three Arcade Fire albums - Funeral, Neon Bible and The Suburbs.

Arcade Fire will be joined by very special guests, Mumford & Sons. This young British band have enjoyed a fantastically successful twelve months touring their multi-platinum debut album, "Sigh No More" across the globe. Hyde Park will be a great setting for another jubilant performance from these much loved folk-rockers.

Joining the bill as Special Guests will be American artist Beirut and also new British band - The Vaccines, with further announcements to come.

Arcade Fire graced the cover of Q magazine as Band of The Year in December 2010 and went on to top album of the year polls with the now platinum album The Suburbs, they have been nominated for two Brits (including International Group and International Album), and three Grammy's (including Album of The Year) and are due to perform at both ceremonies.

All tickets for the Hyde Park show are £48.50 and will be available from the bands website at 9:00am on Friday January 28. All tickets subject to booking fee.

Arcade Fire in Hyde Park with Mumford & Sons, Beirut and The Vaccines.