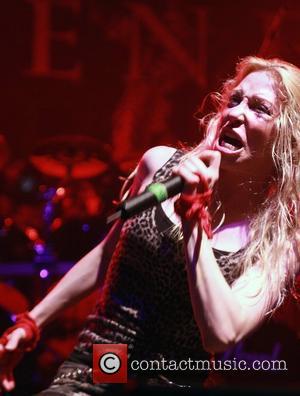 He has been replaced by former Nevermore rocker Jeff Loomis, who will make his live debut with the band in Europe at the end on the month (Nov14).

Loomis says, "I'm very excited to be playing with Arch Enemy. (Band guitarist) Michael Amott and I have stayed in contact over the years since we toured together when I was playing in Nevermore and not only do I admire his guitar playing and songwriting, but I also consider him a close friend. To be able to share the stage with Michael, Sharlee, Daniel and Alissa is something I'm really looking forward to."

Cordle insists there's no bad blood between himself and his former bandmates, adding, "I wish them well for the future."

And Amott states, "We all wish Nick the very best in his new endeavours and we are sure that you will hear much more from him... The prospect of working with Jeff Loomis moving forward is truly awesome. Jeff Loomis is one of the best guitar players in the metal world, in my opinion, as well as being a longtime friend. I look forward to tearing it up on stages around the world together."