What a year this has been - 2016 has been the year that rock music has been yearning for since the turn of the decade.

Just from bands that didn't make the final ten, we've seen stunning new British bands break through in the likes of Milk Teeth and Zoax, while the Dillinger Escape Plan signed off with a record that eclipses even their own impeccable standards.

Never before has a list changed shape and order so often, and had so many records conspicuous for their absence. These ones, however, have made the cut...

By Stephanie Chase in Music / Festivals on 22 August 2016

Searle founded the band in 2004 with his twin brother Dan.

Tom Searle, the guitarist with Brighton band Architects has died aged 28 after a three year battle with cancer, his twin brother has confirmed. In a Facebook post Dan delivered the sad news, describing how his brother had battled the disease for three years, but in the last two weeks things had taken a turn for the worse.

Slam Dunk Festival has hit a home run with its final band announcement as the May Day Bank Holiday event spans across three separate sites across the UK.

Joining You Me At Six, Lower Than Atlantis and The Bronx is one of the most respected modern UK metal bands, Architects.

Playing at the festival’s original home, Millennium Square in Leeds, Slam Dunk will also travel with new announcement Architects to Hatfield and Wolverhampton. 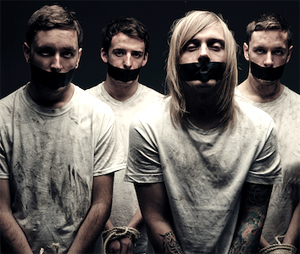