Review for the DVD 'Arctic Monkeys At The Apollo' 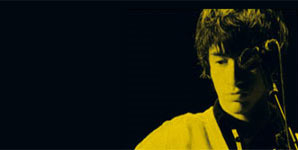 Arctic Monkeys are now at the stage where it is time to release a live gig. For a band that quite easily sell out stadiums across the country for some reason they decide to do a live DVD at The Apollo. Strange but different which has always been the Arctic Monkeys way.

The Last show of the tour and the beauty about this DVD is the lack of editing on it, the rawness of this just adds the Monkeys Sound. Where on other live Videos everything would have been perfect, but on this you see roadies sat on the side of the stage watching the boys in action. Forget all this High Definition crap this is what it is all about. The only editing that has been done is in parts they show three different angles of the stage.

With Arctic Monkeys only releasing two albums you would think that the gig would be pretty limited, but the one thing about these guys music is that ninety percent of there tunes could quite easily of been Singles. Naturally there is always the odd B-side thrown in (just for the real hard core fan). On this Night the Apollo are treated to twenty Arctic Monkeys tunes kicking off with three tracks off the then new second album ‘My Favourite Worst Nightmare’ once the first couple of chords are played of ‘Brianstorm’ it is then you know that the Arctic monkeys have arrived. ‘This House Is A Circus’ and ‘Teddy Picker’ are quickly rattled through and any sound issues that Turner and co have had with the sound guys are ironed out.

Now it is time to set the over spilling Apollo bouncing, and what better way than with ‘I Bet You Look Good On The Dancefloor’, ‘Dancing Shoes’, From The Ritz To The Rubble’ and ‘When The Sun Goes Down’ all off the debut album and yet there are still more than half of the set to go.

For those who have everything by Arctic Monkeys you are in for a treat especially as they blast out tunes like ‘Da Frame 2R’ and a special guest for ‘Plastic Tramp’, a familiar face in the shape of Miles Last Name from The Rascals and the other half of Last Shadow Puppets. He sticks around for ‘505’ as Turner takes a seat and plays the organ.

Strangely, they didn’t finish with ‘A Certain Romance’ which is a shame because that is a great ending, bizarre yet still quality and no one can accuse these guys of being boring. So in conclusion ‘If You Were There, Beware’ that Arctic Monkeys are here to stay, and yes that was the track that finished the gig, with Turner Tossing his Guitar over his shoulder crash. The band clap their appreciation and walk off.

You just have to admire the fact that they have let this go out like this, with absolute minimal tweaking (No disrespect intended to the director). Arctic Monkeys seem to go from strength to strength and just knock aside the critics with there next release and the one after that and so on and so on.