Arctic Monkeys - Whatever People Say I Am Album Review

Review of Whatever People Say I Am Album by Arctic Monkeys

Artist - Arctic Monkeys
Album - Whatever People Say I Am, That's What I'm Not
Label - Domino 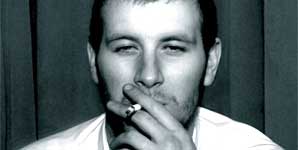 It's hard to approach this album without a view already formed by the hype the album has had. The band from Sheffield achieved a number one single based on Internet word-of-mouth and downloads, and are being hailed by the usual suspects as the 'next great thing.' So, actually listening to it with an open mind, what's it like? Well, it's fine, rock with a decent 80s punk attitude, and a good line in straight, witty lyrics, like a Northern version of the Strokes, or a slightly more sneery Jet mixed with the Kinks. However, it's not as good at what it does as the Subways album, although it's a hundred times better than the Futureheads. Unlike the Subways' disc, this is clearly a debut album, missing out on some musical polish. So, does it deliver on the hype? No. That would be hard. Perhaps that's a tad unfair on this band, who shouldn't be judged in that light. They've made a great first album. Let's hope the second builds on it.