Arctic Monkeys Make History With 5th No.1 Album, AM

Arctic Monkeys break record as their 5th studio album 'AM' reaches No.1 in the album charts. 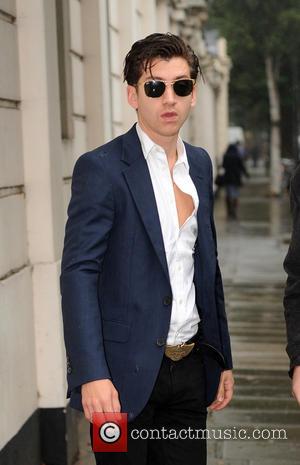 British band 'Arctic Monkeys' have reached No.1 in the album charts for the 5th time with their new album, AM.

The Sheffield boys will be celebrating their latest album success as AM sold 157,000 copies last week, reported BBC, and in doing so they have broken an album charts record. They are the first band on an independent label to have all of their 5 albums reach No.1, according to the Official Charts Company.

Not bad for four lads from Yorkshire.

The band, who is fronted by Alex Turner, released 'AM' with Domino Records and is the second fastest selling alum of 2013, falling behind Daft Punk's 'Random Access Memories' which sold 165,000 when it was released back in May (2013).

The Chief Executive of the Official Charts Company, Martin Talbot, praised the rock group and said, "Scoring a fifth official number one studio album in a row is an exceptional achievement".

Meanwhile, indie rock group London Grammer hit the number two spot with their debut album 'If You Wait', whereas last week's No.1, 1975's self-titled debut album, fell to No.3. Other new entries were Goldflapp's 'Tales of Us' which reached No.4 and Irish band The Strypes debuted at No.5 with 'Snapshot'.

Arctic Monkeys are set to begin their UK tour following the release of 'AM', which we previously reported, as it commences in Newcastle on October 22nd and comes to a close in their home town of Sheffield on November 2nd. Arctic Monkeys have reached the No.1 spot 5 consecutive times in the album charts