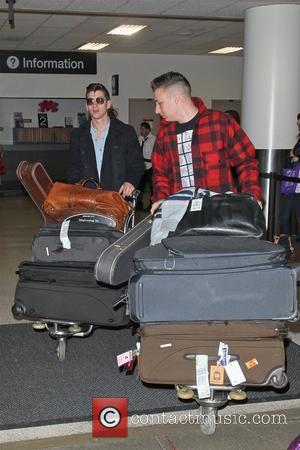 Arctic Monkeys' cover of 'Come Together' by The Beatles is quickly climbing up the UK singles chart, according to NME.com today (July 30, 2012). The band played the track as part of the Olympics opening ceremony on Friday (July 27, 2012) and it's currently risen to number 14 on the iTunes chart. Rumours had been circulating for some time before the ceremony took place as to who would be performing in Danny Boyle's extravagant ceremony but most of the bands were able to keep their involvement under wraps.
A compilation of all the music played at the ceremony has been made available and is entitled 'Isles of Wonder.' The album is currently number one on the iTunes chart in France, Britain, Spain and Belgium. It's also at number five in the US. The album was released online not long after the end of the televised ceremony, which featured a number of musical performances, as well as appearances from the likes of David Beckham and Rowan Atkinson. It also featured a pointed celebration of the NHS, which many have interpreted as Boyle's protests against the government's plans to dismantle the National Health Service.
Also doing well in the charts is 'Caliban's Dream,' the track written by Underworld and sung by Two Door Cinema Club's frontman Alex Trimble. 'Caliban's Dream' is currently at number five. Frank Turner's 'I Still Believe' is at number 32 and EMILE SANDE's 'Abide With Me' is at number 26.