Arctic Monkeys will be headlining next year's 'T in the Park' music festival for a second time. 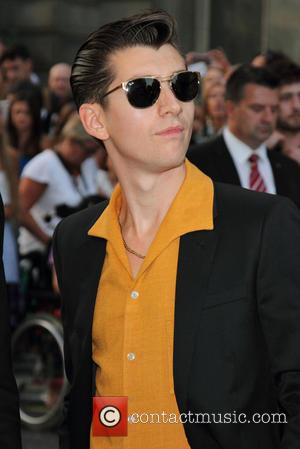 English rock group Arctic Monkeys have been announced as one of the headlines acts at the 2014 T in The Park concert.

They are the first act to be announced for next year's event which is scheduled from the 11th to the 13th July at Balado in Kinross-shire, Scotland.

The confirmation of their booking came days before the Sheffield boys are set to play at The SSE Hydro in Glasgow on Thursday (Nov 21st).

The band released a statement saying, "We are delighted to be playing T in the Park and look forward to a great night with our Scottish fans."

Monkeys first played at this event in 2006 and went on to be headliners 5 years later in 2011.

"After this year's fantastic 20th year celebrations, we asked our audience who they'd like to see at next year's festival and Arctic Monkeys came top of the poll, so we're really pleased to be able to confirm them for T in the Park."

"When they take to the stage in Glasgow this week they'll prove exactly why they're one of the greatest live acts around, and I'm sure we can look forward to another phenomenal set at T in the Park."

"We have many more fantastic acts in store which we'll announce next year, and can't wait to see you all again in July."

The lads from Yorkshire first emerged on the music scene with their Mercury Music Prize-winning album Whatever 'People Say I Am, That's What I'm Not' (2006). Still to this day it is the fastest selling UK debut album of all time.

Their latest studio set 'AM', which reached No.1 in the UK charts, also made history as they are the first band on an independent label to have all of their 5 albums reach No.1.