Arctic Monkeys' Am Has Been Named The U.k.'S Best-selling Vinyl Album Of The Decade So Far. 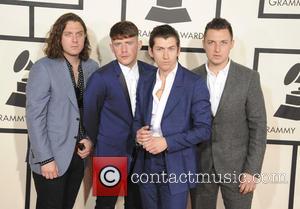 Picture: Arctic Monkeys - A variety of stars from the music industry all turned out in style to attend the 57th Annual Grammy Awards in Los...

The British group's 2013 record topped the list, seeing off competition from Radiohead, who came in second with 2011 album The King of Limbs, on the new vinyl chart, compiled by the U.K.'s Official Charts Company.

Pink Floyd came in third and fifth with Dark Side of the Moon, which was released in 1973, and their recent offering The Endless River respectively, and Daft Punk landed at number four with Random Access Memories.

David Bowie topped the biggest-selling vinyl singles list with 1973 hit Life of Mars, followed by the Beatles' Love Me Do and Telephone by Lady Gaga featuring Beyonce.

The countdown, which stretches back to 2010, was released to mark the launch of the weekly vinyl charts in the U.K.