Arctic Monkeys: Our shows are not a routine

Arctic Monkeys have defended claims all of their shows are a ''routine'' after they were slammed by American band The Orwells. 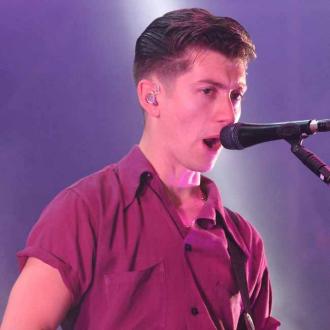 Arctic Monkeys have defended claims all of their shows are a ''routine''.

The 'Snap Out Of It' band were slammed by American act The Orwells - who supported them on their US tour and claim they play the same show every night - while frontman Alex Turner uses the same ad-libs on stage.

Guitarist Matt O'Keefe told Gigwise: ''When you're playing arenas and everything, it's a huge production then the show has to become synchronised to work.

''So every night no matter how he [Alex] was feeling he'd go into that opening riff. It was the exact same ad-libs he was putting between songs. So we were with them for about 50 dates, you saw them once you'd pretty much seen every date they'd played.''

Alex, 28, has responded to the claim and thinks it ''isn't fair'' to call the shows ''synchronised'' just because the set has structure.

Talking about The Orwells, he told News Limited: ''They should have been out trying to get laid instead of watching us every night.

''There comes a time on a tour when something works and you tend to leave it alone. We have been changing it around a little bit. You can't mess around with it too much. It's almost like the show isn't designed to be watched by the same person every night.

''Nowadays people share the set lists, but I'm by no means f***ing phoning it in. It's not like we have (pre-recorded) tracks we're up there f***ing doing it.''