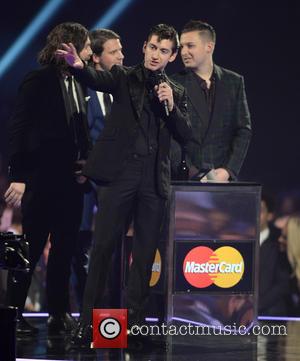 British rockers Arctic Monkeys have scrapped plans to record an immediate follow-up to their hit 2013 album Am in case fans become sick of them.

The Cornerstone hitmakers earned a whole new army of followers both at home and overseas by introducing a hip-hop element to their guitar-based music on their fifth album, which topped charts around the world.

They have been on the road constantly since the record hit stores in September, 2013 and had previously vowed to capitalise on the success of Am by releasing a follow-up as soon as possible.

However, the band has now announced that plans to start laying down tracks for a new album have been put on hold to allow the rockers - and their fans - a break from the group.

Bassist Nick O'Malley tells NME magazine, "We did have the chat, but I don't think it's going to be happening. There are no plans for another record. I think people might want to forget about the Monkeys for a while. But who knows? We'll have a bit of time off and someone'll say, 'Fancy doing another one?' But we've been doing this constantly for quite a while, and it's important to have a break. Otherwise you burn out and get a bit psychotic."