Aretha Franklin Out Of Hospital

Aretha Franklin has returned home from hospital and is now being cared for by her family and a private nurse following her cancer surgery. 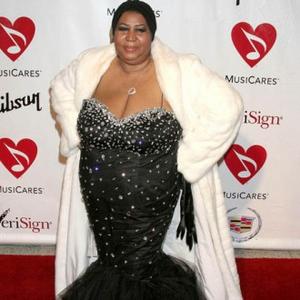 Aretha Franklin is being cared for by a private nurse after being discharged from hospital.

The legendary singer was allowed home earlier this week after undergoing "highly successful" surgery for pancreatic cancer and she has revealed she has a strong support system at her house to assist her in her recovery.

She said in a statement: "I've been at home for almost three days now. My family and friends who brought me home are taking great care of me. I also have a private nurse who visits on a daily basis."

Aretha's representative also has said the 68-year-old star - who was initially told she had less than a year to live after being diagnosed with the disease, which has a survival rate of just five to 10 per cent - is in "great spirits" and looking forward to spending time with her family over Christmas.

The rep' said: "The 'Queen of Soul' is in great spirits and very happy to be home where she will be resting in anticipation of spending the upcoming holiday season with her family."

An upbeat Aretha is also making plans to resume her busy social life, saying: "I'm hoping to be strong enough to go out and see the upcoming Sam Cooke play at the Music Hall in downtown Detroit before January 2, as well as a performance of 'Dreamgirls' at the FOX before it closes."

Aretha was born in Memphis, Tennessee, in 1942 and grew up in Michigan where she started singing in her local church as a young girl.

The soul legend - whose hits include 'I Say A Little Prayer', 'Think' and 'Sisters Are Doin' It for Themselves' - has won 20 Grammy Awards and had 20 number one hits in the Billboard top 100 music chart.