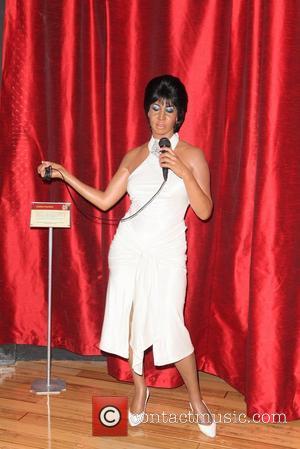 Aretha Franklin was in fine spirits as she celebrated her 70th birthday among family and friends, and chose the occasion to announce that she'd be recording once again with old pal Clive Davis on her new album. Franklin was joined at the New York bash by Davis and other guests including Diane Sawyer, Rev Al Sharpton, and long-time companion and once fiancee Willie Wilkerson.
Talking to The Associated Press, Franklin announced "I have re-signed with Clive Davis, so I'm recording with Clive again." Music mogul Davis is associated with Sony Music Entertainment and has a glittering career in music though his image was tarnished recently after he decided to continue with a party in the same hotel that one of his prodigies, Whitney Houston, passed away in just a few floors above. Franklin said that after Davis' own birthday celebrations next month, "we're going to sit together and decide what it is we're going to record."
Franklin seemed to breathe life at her celebrations and joked to her crowd "I was wondering, `What is it going to be like to be 50?' I can tell you now it feels like 40. She then referenced the film 'The Curious Case of Benjamin Button,' about a man who gets younger as he ages, when she said "So remember Benjamin Buttons? Ree Ree Buttons!