Aretha Franklin has announced she is working on a new album with producer Babyface which she expects to have ready by February 2013. 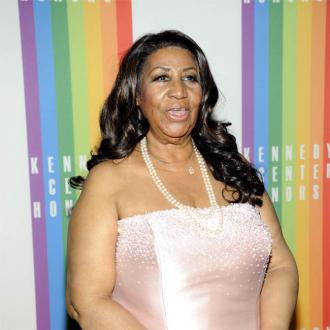 The soul legend is working on an LP with songwriter-and-producer Babyface - who has previously worked with Madonna, Beyonce, Diana Ross, the late Michael Jackson, Boyz II Men, Bobby Brown and Paula Abdul - and she expects it to be ready in time for a February 2013 release.

In an interview with Detroit television channel WDIV-TV, she said: ''I'm working on a new album, Babyface is producing it. I'm just working on things we're going to be doing.''

Hundreds of guests were in attendance, including the music legend's guitarist son Teddy White, and after enjoying a lavish dinner the revellers were treated to performances from Motown star Sylvester Potts, The Contours, Charles Scales and Robert Penn.

Aretha's son Eddie performed an R&B song, her son Kecalf entertained with a Christian rap and Aretha personally introduced her granddaughter Victory Franklin - Kecalf's daughter - to the stage when she took to the microphone to sing the gospel song 'Take Me to the King'.

The 'Respect' has been giving Victory one-on-one vocal coaching and she thinks the youngster has a big future ahead of her.

Speaking at the event, Aretha said: ''She's coming along very well. I came down to see her rehearse, and she brought tears to my eyes.''