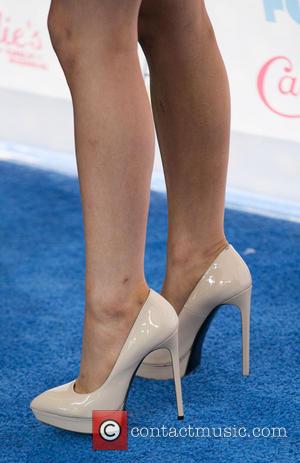 Singer Ariana Grande has moved to silence speculation about the inspiration for her controversial new track by insisting the song is not based on an ex-boyfriend.

The Way hitmaker recently revealed her track Break Your Heart Right Back is about a lover who cheats on her with a man, and hinted it is based on real life, telling Attitude magazine, "It's really funny because I believe it has happened to me. I'm not 100 per cent positive, but I'm 99.9 per cent positive."

The comments sparked a wave of gossip about who could have inspired the song, but Grande, who has previously dated The Wanted's Nathan Sykes, has now taken to Twitter.com to set the record straight, insisting she never said the track was about an ex-boyfriend.

Grande writes, "People loooove (sic) twisting my words Lol (laugh out loud). I never said 'my ex'. so don't trip (overreact). It was a looooong (sic) time ago... and it made for a great song.

"Just thought I'd clear that up before any unnecessary drama takes place haha."