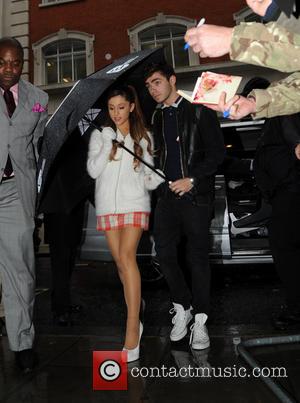 Singer Ariana Grande has stepped up to defend fellow former child star Miley Cyrus over her racy new image and branded her critics "jealous" and "cruel".

Grande, who shot to fame on teen sitcom Victorious, has previously said she is not brave enough to copy Cyrus' raunchy performances, but claims those who have been critical of her saucy stage persona are actually envious of the Wrecking Ball hitmaker.

The 20-year-old singer/actress insists the former Hannah Montana star is simply having fun and shouldn't be bombarded with cruel comments.

She tells Complex magazine, "Miley looks like she is having the time of her life, and I think anybody who's giving her a hard time is wishing deep down they were having as much fun as she is right now. People are being so cruel. I think that's bullying, and she should do whatever the hell she wants. Everybody needs to have more fun. If it's not your taste, don't look at it. I get so hyped up about the Miley thing because I think she's cool."