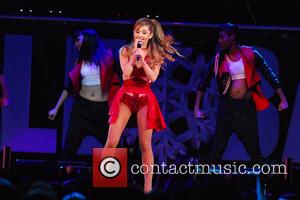 Pop star Ariana Grande has hinted her relationship with The Wanted singer Nathan Sykes has hit the rocks.

The pair began dating after working in the studio on their single Almost Is Never Enough earlier this year (13) and they went public with the romance in September (13).

However, during an interview with Florida's 93.3 Flz radio station on Wednesday (18Dec13), Grande seemed to suggest the relationship has fizzled out.

When asked by host Brian Fink whether they had split up, Grande replied, "You're a little behind."