Ariana Grande I'm not confident to be sexual

Ariana Grande doesn't want to be an overtly sexual pop star like Miley Cyrus and instead wants to focus on making great music. 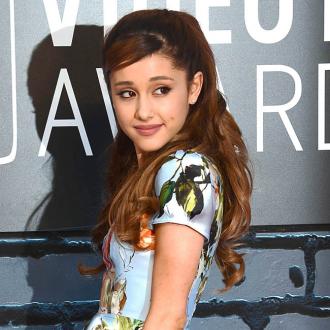 The 'Love The Way' singer, who was photographed in a basque and stockings to tease the release of her debut album 'Yours Truly', had the image withdrawn after fans reacted badly to her turning her back on her wholesome image.

The brunette beauty, who also stars in 'Sam & Cat' on Nickelodeon, said: ''It was never the cover art. It was a more mature shot, but I'm not comfortable enough to be forwardly sexual.''

The 20-year-old singer, who is dating The Wanted's Nathan Sykes, is more interested in making great music and romance than twerking and wearing provocative outfits, like Miley.

She said: ''My favourite era was the 50s and 60s - the Chiffons, the Shangri-Las. My grandparents played it and I fell in love with it, because it was more about romance and love, and less about getting drunk and going home with someone you don't know.''

And Ariana looks up to British songwriter Imogen Heap more than her pop peers Miley or Selena Gomez and dreams of installing her own studio in her California house, so she can emulate her favourite singer.