Ariana Grande has continued to voice her disgust at being known for her relationships with male celebrities but admits while half of her is feminist, the other half is a ''hopeless romantic''. 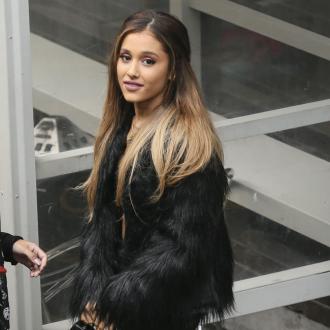 The 'Break Free' hitmaker recently spoke out about her disgust at constantly being questioned about her love life and being known in relation to her famous exes but she's now admitted that while she has ''feminist'' views, she is srill keen to find love.

She said: ''I am so tired of being attached to a man. I'm 50 per cent hopeless romantic, 50 per cent fearless feminist bitch.''

The 21-year-old star split from the rapper Big Sean earlier this year and has confessed it was a difficult time for her.

Ariana told The Sun newspaper: ''There were days where I feel like I don't want to be in the world.

The brunette beauty also revealed that she thinks many of her fellow women are to blame for the way in which she's treated by the media.

She explained: ''Girls are one of the biggest problems. A girl can be seen with a guy and suddenly she's a sl*t/

''I feel we live in a world where girls will sometimes sl*t-shame each other because they're seen wearing a short skirt.

''Maybe they just love their legs and want to show them off. Know what I mean?''

Ariana claims she's now ''separated'' her true self from her ''artist persona'' in an attempt to ignore the negative things people say about her.

The 'Problem' singer added: ''Instead of getting wrapped up in this superficial bulls**t that comes with this job, I've separated myself from my artist persona and as a person I've become really healthy. And I don't give a f**k.''